I realise that my blog has been woefully neglected this year and there's been hardly any scrapping on display, hopefully that will change!

Last week I had a go at the weekly challenge over at UKScrappers.  The prompt was to use sewing on a layout, real or fake, to use a die cut or do some fussy cutting and to take inspiration from this sketch: 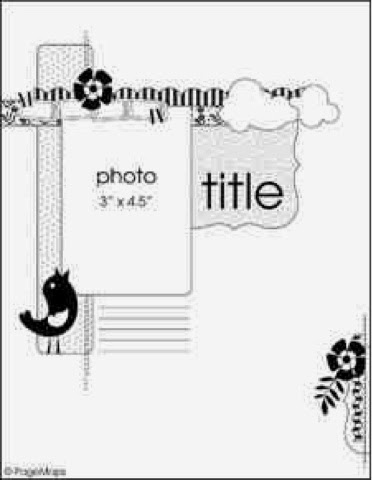 I actually managed to get my layout done on Thursday at the crop, yes I actually did manage to do some real, live scrapping at the crop! 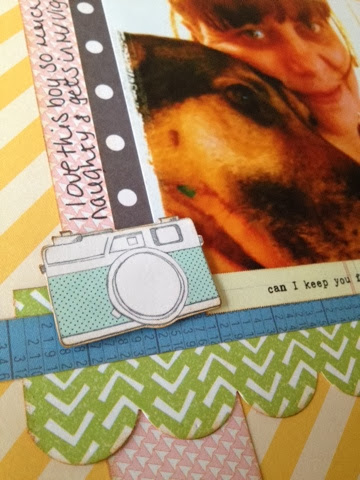 I added the title last night but didn't really have any journalling.  I have lots of layouts of Alfie telling the story of where he came from and how lucky I was to have him, I needed a new tale. 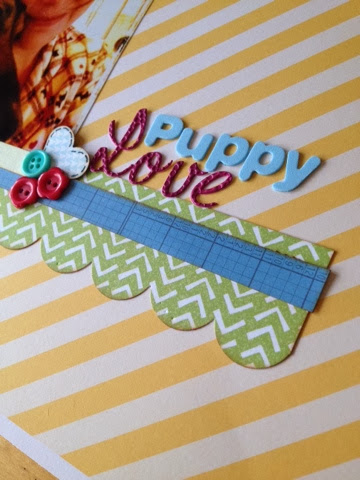 I let him out the garden while I had a think about what story I could tell.  It was nearly midnight and he didn't allow me any thinking time.  He managed to get into my neighbour's garden and get out the other end into the alley!  I didn't know whether to follow him or head him off at the front of the house!  I was in a panic, I was shouting, it was raining and then he came bounding back to me with a massive bone in his mouth! 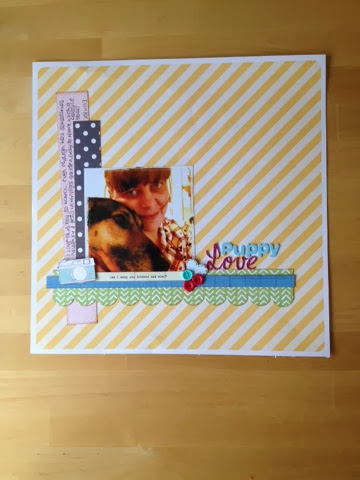 And I had the journalling for my layout!

What's the quickest you've ever got a story in to an album?

Thanks for stopping by
Jo x

Oh my gosh I can imagine your fear.

It's nice seeing the layout with its journalling, fabulous

beautiful layout and glad you got your story so quickly!

What a beautiful layout and funny story!

Well now that worked out well! It's a lovely page. And that's a good question..things are more likely to make it onto my blog quickly and then I'll make a page about them later I think is my answer

lol!! we've had many a moment like yours!! a lovely layout Jo x

Love your layout and the little stitched heart!

There has to be easier ways to get some journaling - I'm glad it had a happy ending. I hope you find yourself scrapping more!

Oh yes, and I wanted to add that I will second Sian's thought - many times an in-the-moment blog post will become a page later.

Alfie must have known you needed inspiration!

Love your layout Jo and happy to hear Alfie made it back home safely!

Gosh what a naughty boy, but he obviously knew that you needed some new journalling lol! Great layout :-)