Week 17 is done and dusted, here are the highlights:

Because of the Bank Holiday on Monday I managed to get my Project Life pages done for week sixteen: 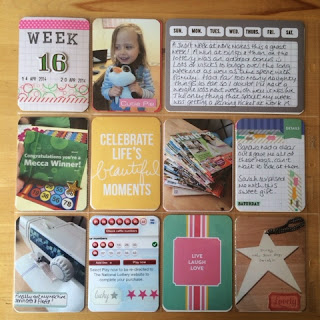 I think know it's the first time I've ever got a week in the album so quickly. 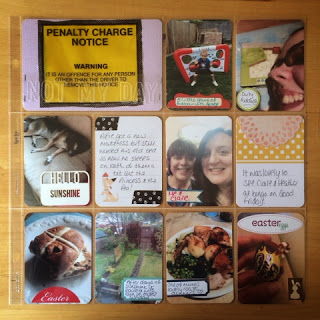 I got in to work on Tuesday and found this lovely gift on my desk from my niece, Hells Bells :) 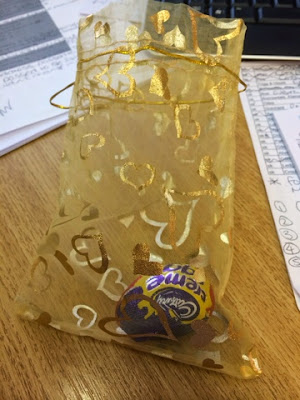 We had a mouthwatering experience trying to pick a dirty pudding: 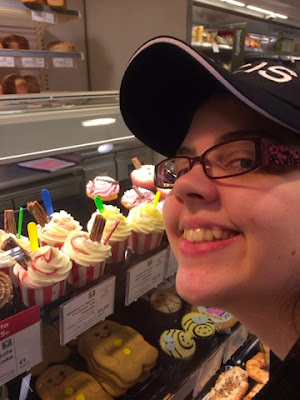 I spent some time with my nephew Jack on his birthday, my other nephew, Oliver, photo bombed him! 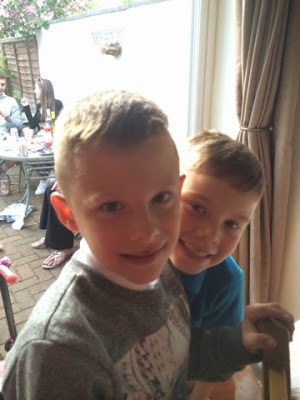 Despite Maddie showing them off it was me who made Slimming World friendly overnight oats and they were delicious: 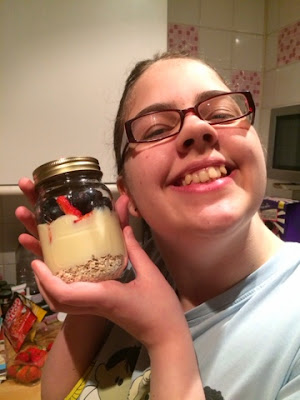 I got a super quick delivery from Wool Warehouse, Alfie was obsessed by it and just wouldn't leave it alone! 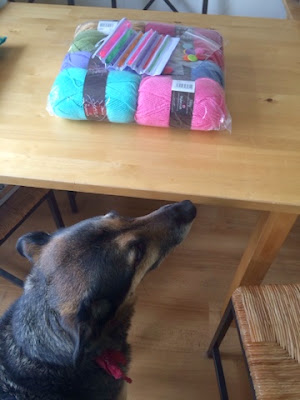 My sister, Jemma, has been asking me for years to make a layout using the pictures I took of her doing the London to Brighton bike ride in 2010.  It was her birthday on Saturday so I surprised her with this: 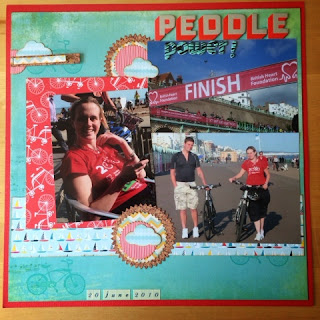 And she made us the most delicious pulled pork rolls for her birthday tea :) 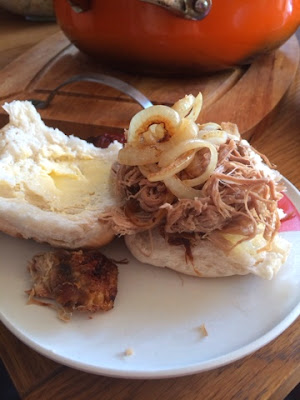 I saw this little cutie, my niece Alice.  She's a bit poorly at the moment because she's teething but she still had plenty of smiles for me :) 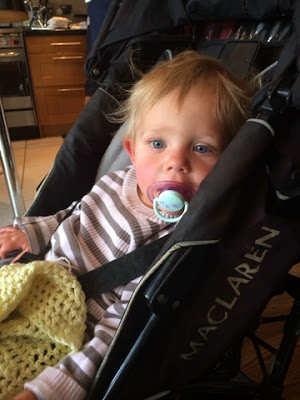 I enjoyed a bowl of popcorn while watching a Harry Potter film with Maddie.  I'm on the fourth film now but I'm really not a fan :( 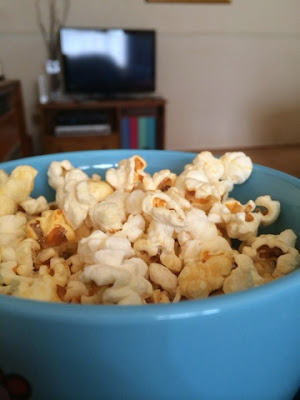 I popped up in to the loft to put a bag of stuff away and came down with another 3 projects to do!  I found this cardigan that I'd started making for Maddie when she was little.  She'll be 20 in June so I'll never see her wear it, it's a good job I have a ton of nieces though :) 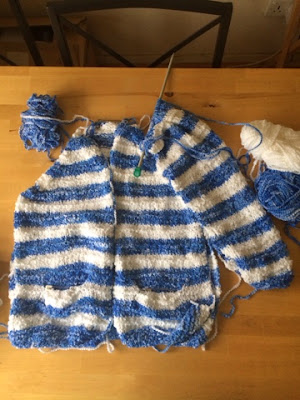 So all in all it was a pretty quiet week really.

I hope you had a good one.

Thanks for stopping by
Jo xx
Posted by Jo at 17:30

It doesn't look like you'll run out of crafty things to do any time soon!

Great pages! I am enjoying them so much that I have decided to do it on a monthly basis!

Wonderful to see a 12x12 from you! I need the recipe for the overnight oats too please ;-) x

how can you not love the HP films??? lol! Looks like a great week...where were all those cakes they look amazing!?

It looks like you had some nice family time going on.

That Wool Warehouse is fast - I'm going to order more for my blanket today. Your blue looks very like the one I have - it's my favourite shade and I'm thinking I might use it for the border too.

Hope this week is a good one

There are so many great things to comment on here. First off, I don't know what "dirty pudding" is, but it sounds intriguing. By the photo I'm thinking it's a cupcake? Your layout for your sister is just the perfect birthday surprise. The baby is adorable and I love the striped sweater!!

Oooh I bet she loved her layout x