We had a very quiet New Years Eve, just me, Maddie and Alfie.  We toasted the New Year in with a Calypso coffee, cup of tea and a slurp of water!

I love seeing in the New Year, it feels like such a fresh start, and this year is certainly a biggy for us here at Buckingham's Palace.  I turn 40 in less than two weeks and Maddie is 18 in June, I can't believe how quickly the time has gone!

I haven't really made any resolutions this year, just a few things that I want to concentrate on:

1. I want to manage my time better.
2. I want to put myself first more.
3. I want to read more - my reading has slipped a bit since I stopped getting the bus and started walking to work.
4. Be more spontaneous, I am already quite spontaneous but I want to take it to another level this year.


Talking of being spontaneous, I started yesterday - how good it that? Paul saw the New Year in at Disneyland Paris, how lovely I hear you say but I can assure you it's awful.  I worked there at New Year for five years and it is freezing.  You would be totally surprised (maybe) and gobsmacked (possibly) if I tell you the amount of parents who take their children to Disneyland Paris, at New Year and don't think they'll need a coat!  Do they think that the sunshine in Disneyland Florida is provided by Disney and they'll be afforded the same weather in Paris?  It always ends in tears (and blue lips) before midnight.  Anywhoo I have totally digressed.  Paul was returning to the UK yesterday and was having to make a stop at Clacket Lane services, a mere 50 minute drive from me!  What did the new, spontaneous Jo do?  She hopped in the car just to spend a mere 30 minutes with her man, not only that but she remembered to take a photo so she could write all about it in her Document 2012 album! 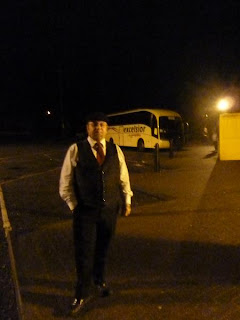 A bit dark but he looks so handsome in his uniform!

Yesterday I cracked on with my JYC album and managed the first 8 days! 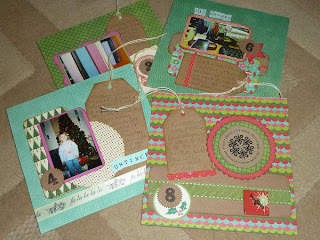 While Alfie laid on the sofa next to me, I think Christmas and New Year have exhausted him - typical man, didn't do any work but still had to have lots of naps! :) 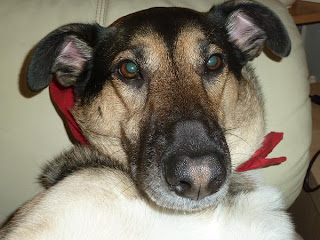 I hope your New Year got off to a great start.

Thanks for stopping by
Jo xx
Posted by Jo at 18:37

Happy New Year Jo - We've been in Disney Paris in December before and yes it was absolutely freezing!! and we were all wrapped up too!

Well done with the spontanious kiss & cuddle with your man!! xx

Happy new year Jo, and well done on your romantic foray into the depths of Surrey, sure it was worth it. Hope 2012 brings you lots of fun things.

Happy new year Jo, Maddie and Alfie x Glad you got to see Paul even if only breifly and a really gorgeous pic of Alfie there :)

You go girl with the spontaneity - I need to get me some too!

I will my showing this post to TSO who is heading to Disneyland Paris on a school trip in a couple of weeks and she is refusing to believe how cold it will be!

How lovely that you drove to see Paul for a brief encounter. Happy New Year to you too Jo xx

Happy New Year! We went to DLP in feb and that was cold enough! lol

Your journal looks ace! I cant wait to see more :)