It was my brother Jon's 40th birthday and he had a really great party at the weekend.

It was a day full of surprises for him and you can read all about the gift I gave him here.

I think the biggest surprise for him was that our brother Jamie flew back from Thailand to celebrate with us.

We haven't seen him for over a year and managed to keep him hidden for a couple of days before the party.  As he walked up to Jon you could see by the look on Jon's face that it just didn't register straight away who it was, Jon was over the moon though. 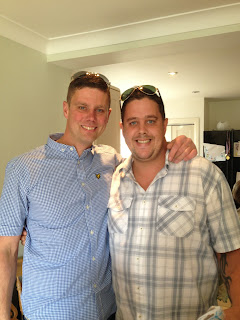 The sun had managed to show its head which was great because it was a garden party complete with a hog roast! 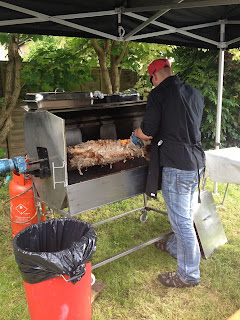 Here's the stampede for the hog roast: 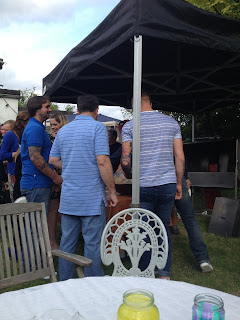 And the lovely finishing touches: 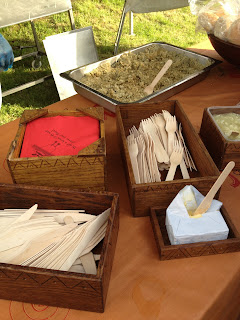 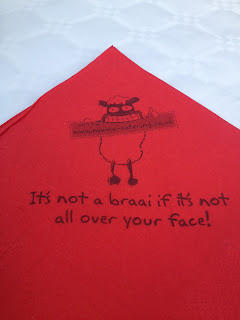 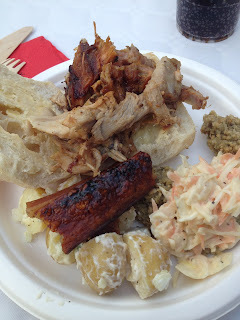 My plate! It was amazing.

Jon's wife Lisa did a great job with the decorating: 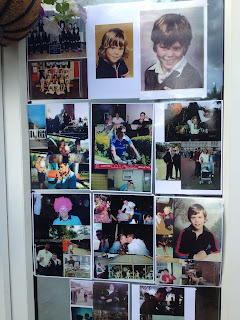 My brother through the ages :) 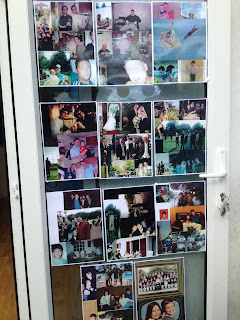 My sister Jemma did a great job with the cake: 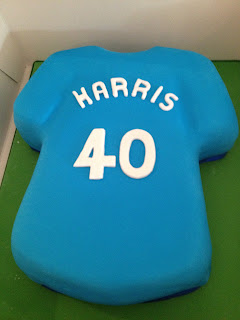 Although it did look a bit like an inferno when the candles were lit! 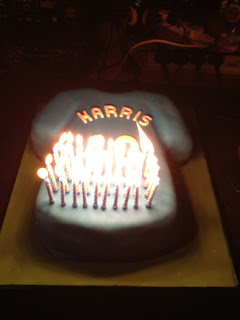 But with the help of the kids he managed to blow them all out :) 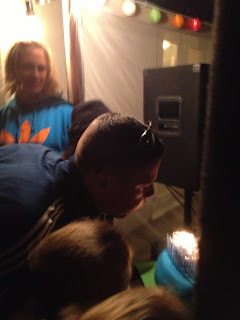 My sister Jessica bought him a Lordship :) 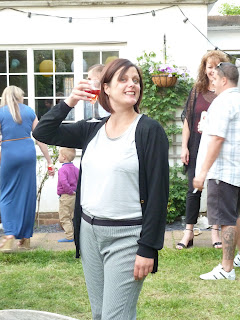 The kids were so well behaved 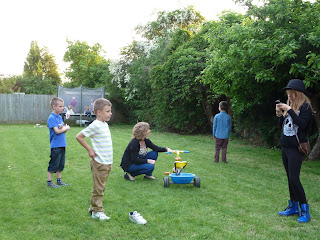 And had a great night playing in the garden 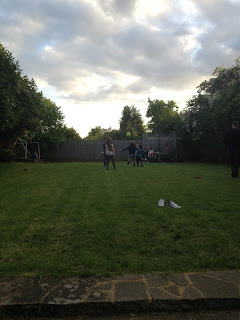 While the adults enjoyed the food and drink :) 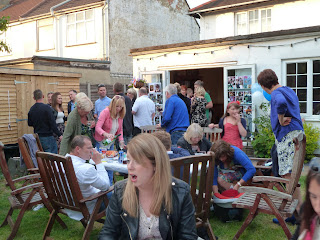 The sun went down and the lanterns came on 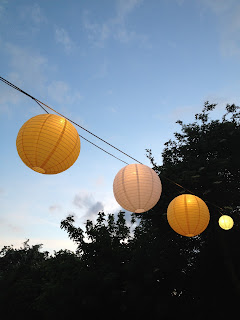 It was a great opportunity to get my brothers and sisters to get together and have a photo taken with mum: 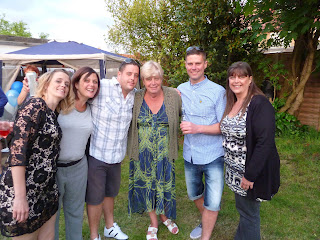 From left to right: Jemma, Jessica, Jamie, Mum, Jon and me! 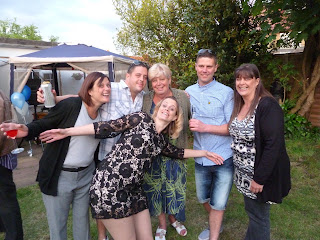 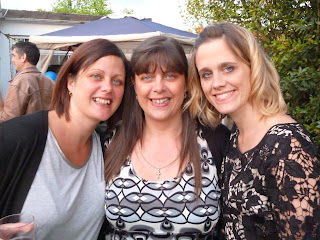 My mum with her youngest son and eldest grandson 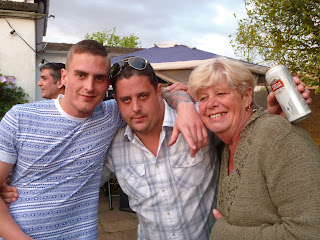 Me with my best friend 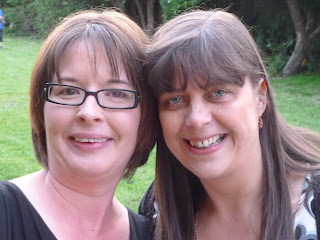 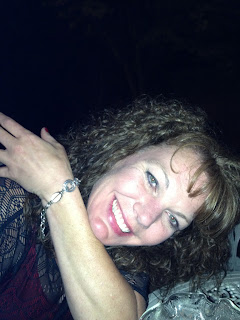 Me and Sara became friends when we were about 8, since then she has been friends with all of us and my mum and dad have always said she's like another daughter to them.  To quote someone from the party "every home should have a Sara" and it's true!

Finally the thank you for coming speech. 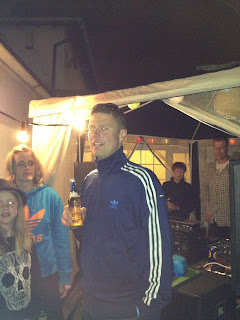 It was a really great night, Lisa had been so thoughtful in her preparations and I know that made it such a special celebration for my brother.

Thanks for stopping by
Jo xx
Posted by Jo at 09:00

Looks like a fabulous evening, some great scrapping material there too.

Jo it looks just so fabulous. I'm so pleased you all had such a great time

wow looks like a great party, love all the photos

Looks like a great day was had by all and u were lucky with the weather :-)

What a wonderful celebration - looks fab and that food looks delish!

What a wonderful party :o)

Looks like a great night! Its lovely to have such a close family.