I have so many happy memories of my Dad who passed away 3 years ago after a 12 year battle with Alzheimer's.  This time of year is the memory that makes me laugh the most because it makes me remember an occasion when my dad couldn't speak for laughing. 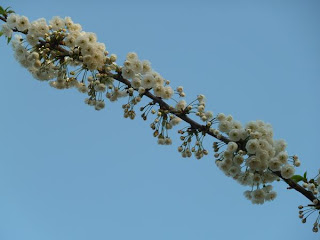 I look up to the sky, see the blossom, chuckle and remember Dad.  I remember he came in from work one day with a joke to tell us, as he was telling it he was laughing more and more until he was doubled over and crying while we were waiting for the punchline.  Here's that very joke.... 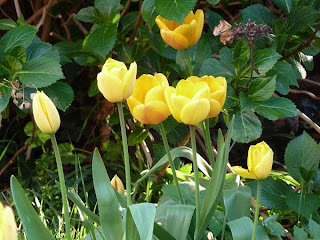 I have to rush now because I'm off to the seaside to see Paul tomorrow so I need to pack, I was meant to be going next week but his new job means he's going to be in Spain for 7 days from next Saturday................some people get all the luck!  I have a crop tomorrow before I go to see him so I  guess I'm not short of luck myself :)﻿
Have a great weekend
Jo xx
Posted by Jo at 21:38

enjoy your crop and your trip to the seaside!

Oh my, that's a bad joke! Thanks for the smile and sharing your memory.

Ha! It's good to be able to look back and laugh, isn't it?

I did giggle at that joke :) You're such a great positive person.

Oh dear, that is funny! Don't think I'll tell it to my hamster though, he might be upset....

LOL! I'm loving that you can remember your dad with such a wonderful memory. :D