Sometimes It Makes No Sense

Last week I didn't do a post about my weight, my day started with a leak in the kitchen and ended with a broken tooth so I just didn't have the time!  I wanted to blog last week though because although I had a great week sticking to the Slimming World plan I gained 1lb :(

I tried not to let it get me down too much but I was so disappointed because after 4 weeks on plan I'd lost half a pound :(  There was no way I was going to give up though so I got this baby out and made lots of lovely curry soup with loads of speed veg: 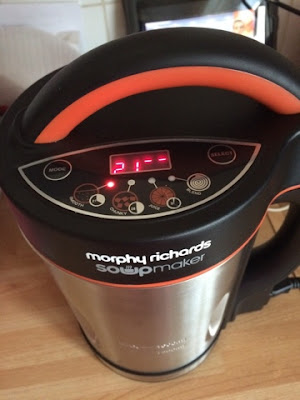 I also made a great recipe witch is good if you're in a rush.  You'll need the following ingredients and I don't really weigh and measure, I judge how much I want to put in depending on how many I'm serving: 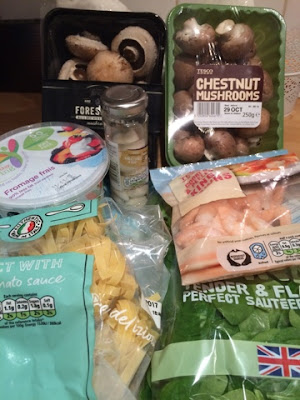 Fry the mushrooms and the garlic while the pasta is cooking: 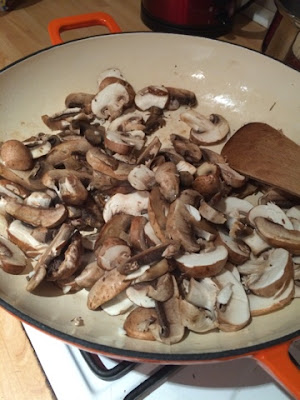 Add the spinach and prawns and cook for a few minutes until hot: 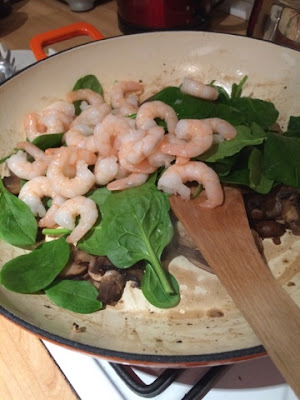 Remove from heat and add the fromage frais, I stir in a couple of tablespoons at a time until it's as creamy as I want: 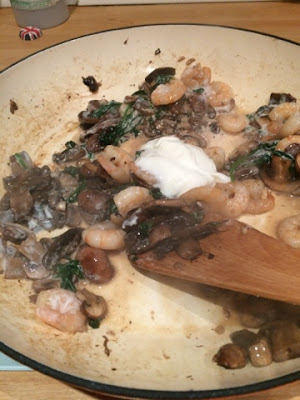 Serve with the pasta and that's it!  Quick, simple, delicious and SYN free :) 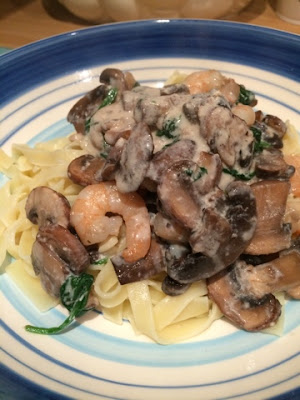 This week I won't say I stuck to plan 100%, it was more like 75% and I have to confess I was expecting a gain.  You could have knocked me down with a feather when I got on the scales and had a loss!  Sometimes it just makes no sense, you have really good weeks and don't lose and have a bit of a bad one and lose: 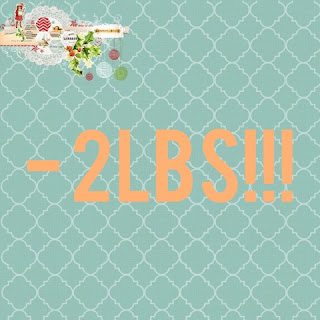 One thing for sure though....I won't give up!

Have a great week and thanks for stopping by
Jo xx
Posted by Jo at 21:41

Glad you had a loss Jo, I am struggling at the moment to. I think I will start coming to your group as I just don' have time in the morning. Good luck for next week and thanks for sharing because it does help x

I'm keeping my fingers crossed for you this week

The weight thing is so frustrating! The last time I was laid up after surgery, I was so worried about gaining---when in fact Iost a few pounds. This time, I'm sure there will be a gain. I don't know why it has to be so hard!!

So pleased you had a loss. That recipe sounds delicious and another I will gphave to try. Good luck with this week x

Good on you! Yes, it's weird how sometimes the numbers don't add up logically....sometimes I think our weight has a 'lag' time between what we eat & when the results show up! But that is a great loss. Nice recipe, too - thanks for sharing. Hope the tooth is fixed :):)

It was defiantly soups that helped you last time too. I'm tempted by one for sure.

Well done though and thanks for the recipes .... you know how much I enjoy them x