Last weekend saw me at the first crop of the year and I have to say I was very productive, well for me anyway!

I decided to have a crack at the weekly challenge over on UKScrappers and it was a great challenge to kick start my creativity for 2014.  We had to use this sketch: 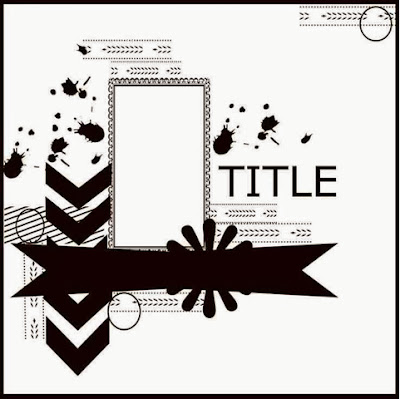 We also had to include paints or misting and lots of journalling.  Here's what I came up with: 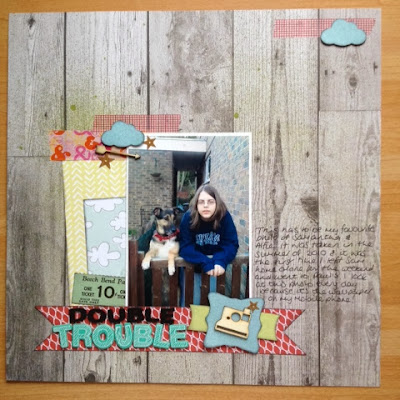 This is one of my favourite photos of Maddie and Alfie.  It was taken in 2010 and they were leaning on the gate saying goodbye to me as I went away for the very first weekend without them. 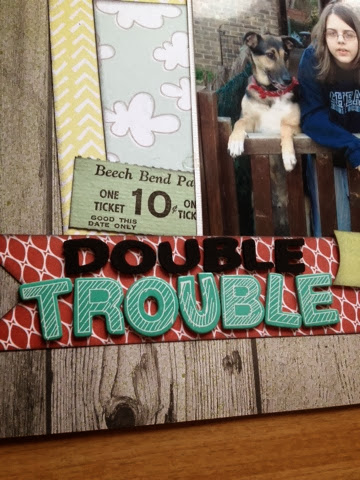 I can't say it was a fantastic weekend because I was so worried about the pair of them but I needn't have been because they were fine and had a great time!

How have you kick started your crafting for 2014?

Thanks for stopping by
Jo xx
Posted by Jo at 09:16

I went away for my first weekend form the kids in 2010 too, wonder if it was the same weekend lol. Love layout and the picture is adorable.

I know i'll worry sick when the time comes to leave mine. A great page Jo x

That's a great page Jo and a fab picture. Its such a long way off for me but I know I will feel just as uncomfortable!

What a great page! Kick start my crafting? mmm..I did go shopping in TK Maxx today and I might have found a few bits and pieces

You've certainly hit 2014 on a creative note. This is a gorgeous page Jo .... Looks like me being missing from the crop got you scrapping lol xx

Great page, the red, blue and yellow elements really complement each other and the photo so well. Nice.

I love your layout and the title is perfect!