I had such a fantastic weekend.  Friday at work ended with the whole company getting together for a drink which was a great end to the day.

Saturday the sun was shining, I was going to a crop and Maddie was actually going out.  Yes it's true, not just going out of her bedroom but right out of the front door.  I had to tell my Mum to sit down before I broke the news to her because Maddie never goes out at the weekend.

The crop was lots of fun, we had a baby shower for one of the girls and we all had a flutter on the Grand National.  As usual I didn't win, my horse threw it's jockey before the off and then, after the jockey had managed to get back on, refused to move.....thanks Dad but King John's Castle was a pants horse!

I had set myself the ambitious target of doing five layouts at the crop, way too many but I did manage to get two done.  I did the from the Gotta Craft's April Kit, it's just lush. 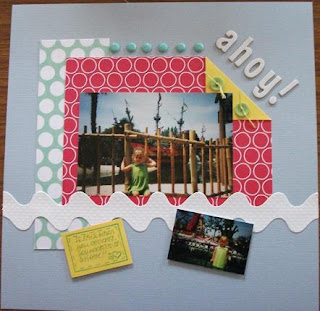 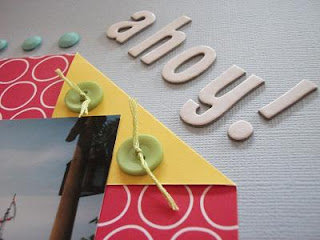 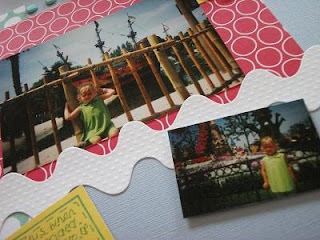 I think I was very conservative with the buttons on this one! 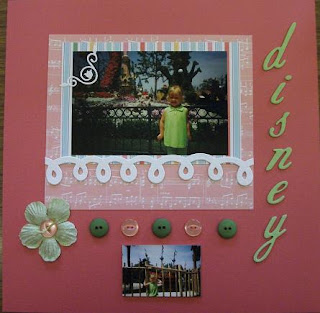 Another Disney shot and lots more buttons this time. 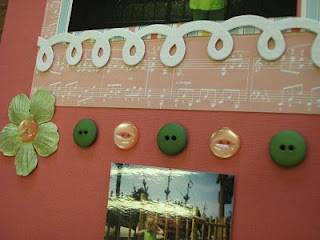 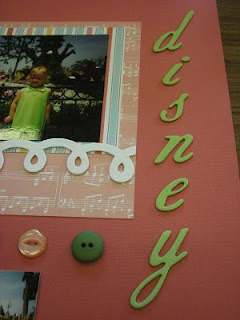 and one of my favourite Thickers alphabets - fabric.
I was going to say that today was a lazy day but then I remembered I got up, did the ironing, hoovering and housework.  I popped over to see a friend who's recently moved and it was lovely to catch up over a brew and cake.  Got home cooked a roast and then did more scrapping........shame the weekend's almost over.
Posted by Jo at 20:23

EEerrrmmmm, that's two stunning layouts madam, but what happened to the other 3 LOL.