Where Does The Time Go???

I can't believe that it's been such a long time since I posted on here. Just as I'm getting into a routine at work the clocks change and seem to throw me all out again!  My day's been starting a six with a game of football over the park with Alfie, he enjoys it and it sure wakes me up.....since the clocks leapt forward I haven't been able to drag myself out of bed quite so easily though!

I've been making sure that there is plenty of crafting time in my life, it's great that my new boss is also a scrapbooker and we're always exchanging tips and best buys in the office now.

I managed another couple of layouts from the Sarah's Cards February Kit: 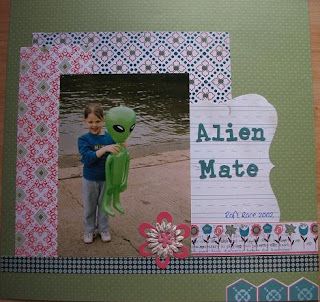 This picture was taken at a Scout's Raft Race, I have no idea where Maddie got the alien from though! 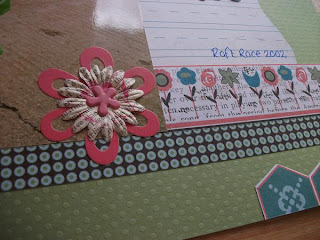 Maddie is not always a people person, she normally alienates people, hence the title which did make her laugh 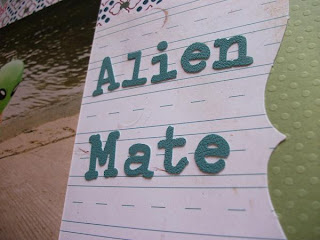 When I took the next picture, I very nearly had a hairbrush thrown at my head!  Now that she's a full on teenager I only venture into the room in extreme emergencies 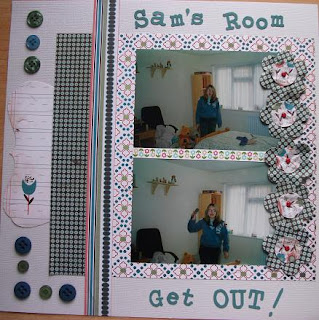 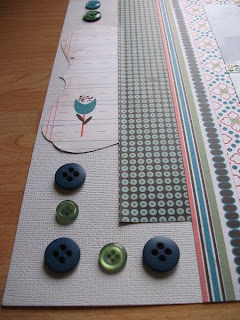 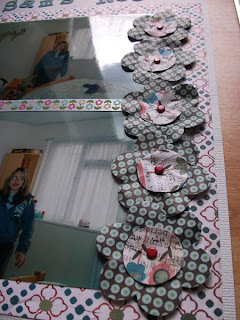 There were no Easter Egg hunts here this year, Maddie doesn't really like them and it would have been no fun looking for eggs by myself.
I'm hoping to win my fortune at bingo tonight, no doubt I'll come home with a ligher purse and a heavier heart lol
Posted by Jo at 18:04

Love those layouts and what a fab title.

I did want to mention that you've been a bit slow on the blogging front recently, only I thought I might get a slap when you saw me LOL.