Where does the time go?!?!? Week twenty is over already, here are the highlights:

We had a bit of excitement at work when we looked out of the window and saw a building opposite on fire!  Luckily nobody was hurt. 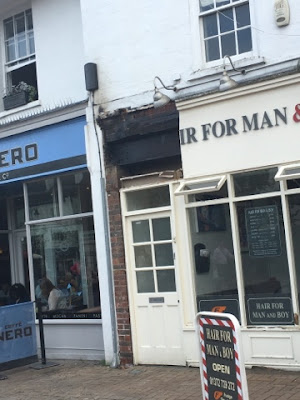 On Tuesday we both had the day off and went to see the new Captain America film which was great :) 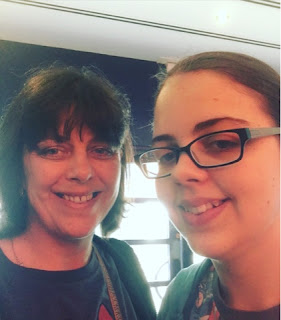 Afterwards I managed to fit in a bit of scrapping time :) 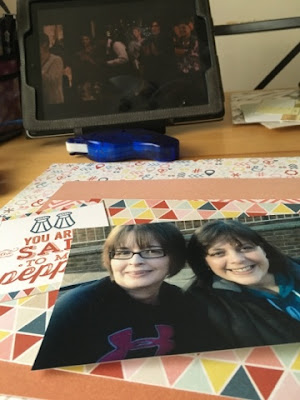 On Wednesday I met up with my old boss and good friend Lauren. Unfortunately I really don't see her as much as I'd like to.  Weirdly, we both had a memory notification to say that we spent the same evening together exactly 4 years ago! We won't leave it that long to get together again :) 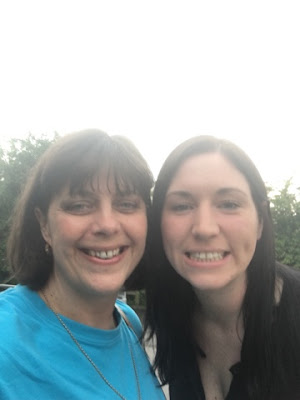 Maddie was, as ever, delighted to be arriving at work in the morning :) 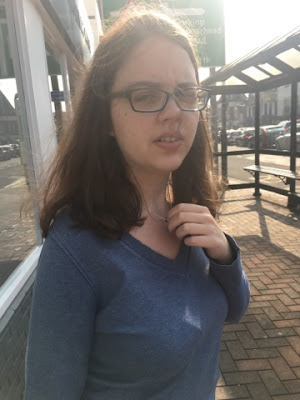 I really have given myself a kick up the backside and stuck to my Slimming World plan, I lost 3lbs this week and it made dirty pudding taste even better! 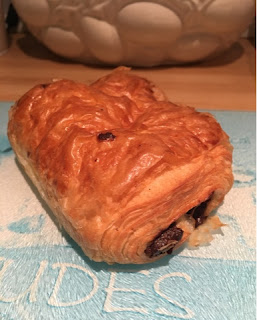 I opened the door at work to this!  What kind of person thinks it's acceptable to shove an unwanted trolley in a doorway?!?!? 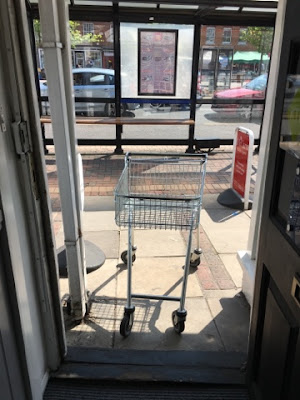 Maddie was delighted that M&S were giving out free samples of cake :) 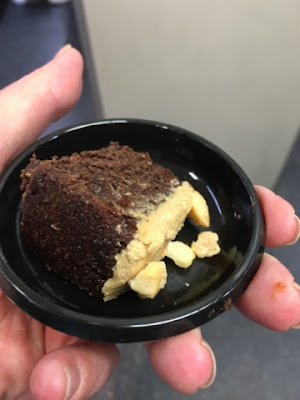 Maddie won't answer the phone at work so we're building her up to it by letting her try out the headsets :) She's obviously thrilled! 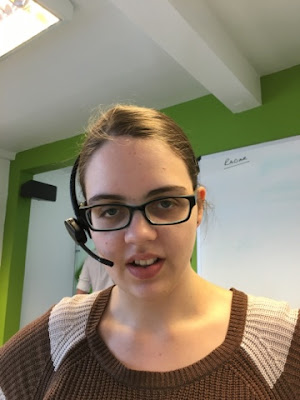 On Friday I was so busy and it was so hot, I finally got to sit down at 10pm and enjoy this Solero, only 5 SYNs! While we were noshing our ices we were watching The Five and if you haven't watched it then you should, it's the best drama I have ever seen and left me feeling exhausted! 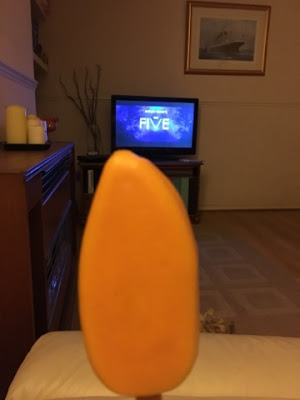 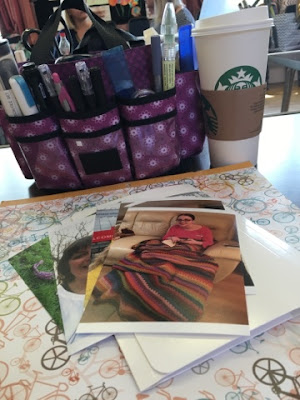 And instead of making the normal pig of myself I stuck to healthy treats :) 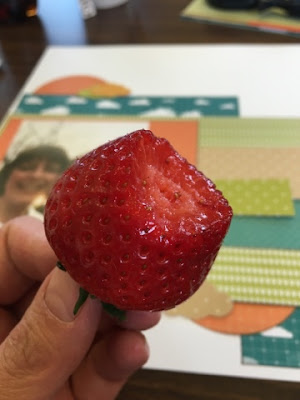 Erm, it was April's birthday so Sarah treated all of the bingo girls to cupcakes! Good job I'd stuck to plan during the day :) 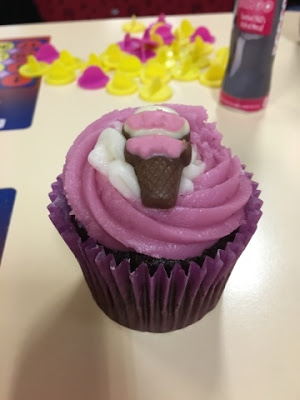 On Sunday morning I fancied a some cookies so baked these Slimming World oat biscuits, there were lovely and SYN free :) 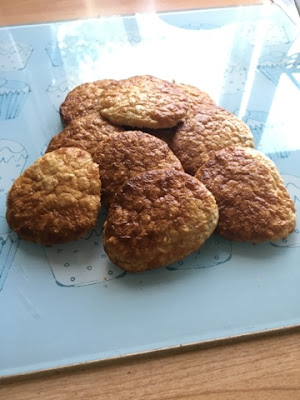 I then spent over 3 hours sorting out the garden, I was sitting on my swing seat in the middle and this was the view to my right: 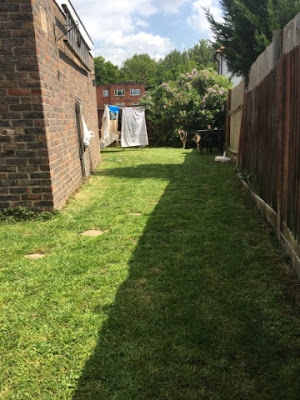 And this was the view to my left.  I leave the very end of the garden a bit wild because I am lucky enough to have hedgehogs roaming about!  I've had them in my garden for 9 years and would hate to accidentally harm one.  I know they love being in this part of the garden because Alfie tells me so :) 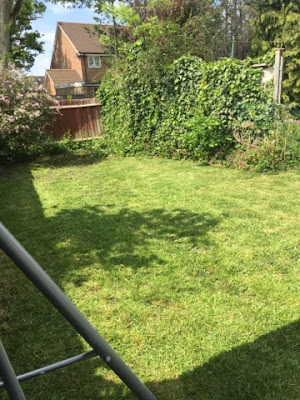 I then spent the afternoon chilling out and enjoying a coffee in my lovely cup :) 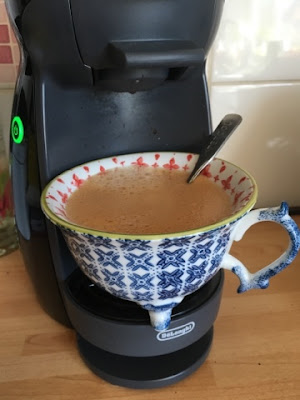 Before enjoying a roast dinner cooked by my mum, washed down with a nice glass of wine! 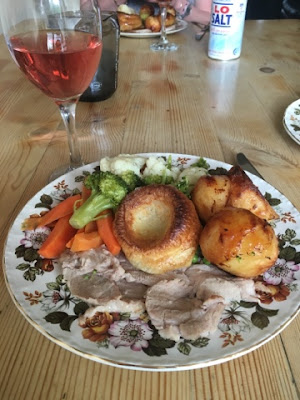 I spent the evening with my feet up and my sewing out :) 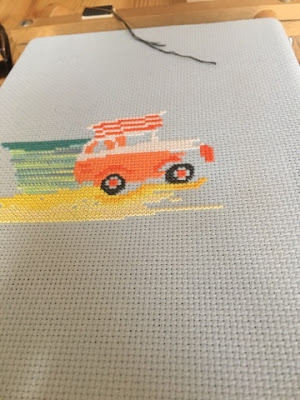 While Alfie got on his bed early, obviously exhausted after spending the day running in the garden! 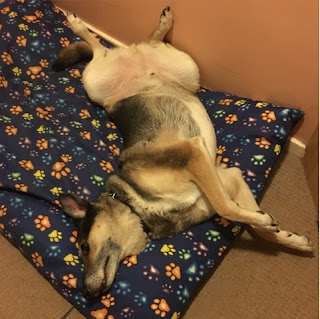 Now the new week has started and it's back to the grind!

Have a great week and thanks for stopping by
Jo xx
Posted by Jo at 21:20

Man! I am exhausted just reading your post! What an interesting mixture of a week you've had! So glad your hedgehogs have a safe haven... HOT you say? So. It waited till we left!! Liking the look of your scrap page too:) hope this week is less frantic!!!

Golly, what a lot you have fitted in. Your garden looks very tranquil - how lovely to have hedgehogs. Impressed by your sticking to your plan despite the temptations! Looking forward to seeing how your sewing develops - looking great from here.

You always pack so much into your week. It's lovely having hedgehogs in the garden. We did at my childhood home.

Gosh, what a busy one! You have a lot in there. I like the sound of having hedgehogs in the garden..I don't think I've ever seen one in real life

We have hedgehogs here..It always surprises me how fast they can actually move.

Lots of cakes in your week. I can tell i'm trying not too..I was drooling over your pics x

What a lovely week you had and well done on getting back into slimming world mode. I need to really do that, as I've let it slip and its not helping Simon either.

As a kid, we had hedgehogs in our garden, and our dog Patch got a little too close one evening! He came running in, covered in fleas lol

Wow what a full week! And Soleros only 5 Syns! I need to get some. Could you let me have the recipe for the SW cookies please? I make the muffins all the time!