Someone, mentioning no names, moaned and complained....oops I mean happened to say that I hadn't blogged for a while.  It's true and the reason is that Paul was here for a couple of weeks and we were out and about doing bits and pieces.

We went to The Glitter Pot and the Craft Barn and then had cream tea, it was a really lovely day until we hit traffic on the M25!  I have never turned the car off and got out of it on a motorway but we were stuck there for 3 hours and Paul was not happy. 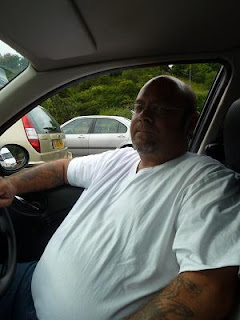 I was ok because I was having fun looking at all of my craft purchases!
While Paul was here I dragged him off to a crop with me.  He got a page kit from Gotta Craft and here's what he came up with: 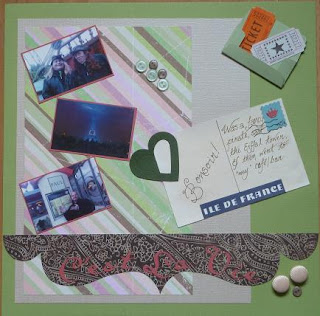 I think it's great for his first ever layout, it's from New Year 2009 when we were working together in Paris. I also think it made him realise how I can sit at a crop for three hours and hardly get anything done ;) Here's what I did with my kit: 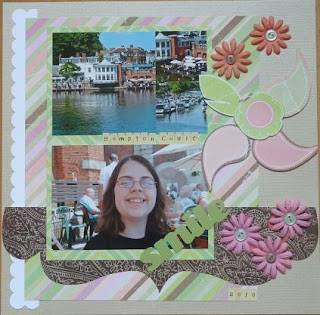 I used Sketch #61 from the Twisted Sketches site to do a layout of the day we went to Hampton Court with my friend Lynn. I've also done Sketch #58 but have only just got round to uploading it: 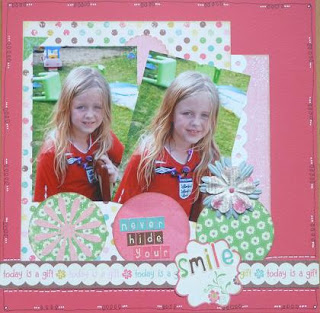 My gorgeous niece, she always makes out she doesn't want her picture taken when really she's such a poser!
Last week I did the UKScrappers Weekly Challenge.  The challenge was education, ABC or 123 and primary colours.  I used my bell ringing as the education element, I'm still doing it and I'm still loving it: 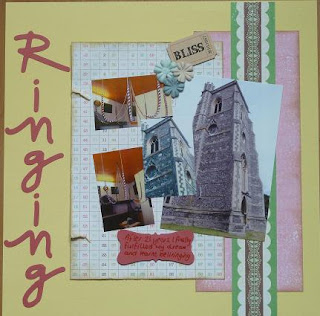 Finally I went to a crop yesterday and did the layout using the Gotta Craft monthly kit, I hadn't scrapped all week so to get back into it quickly I lifted this from the front page of the site: 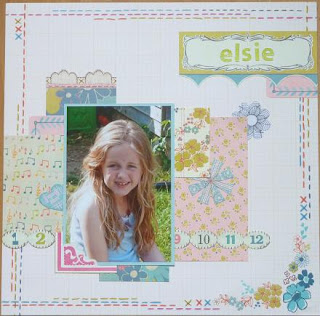 I did start another layout which I'm hoping to finish today, also need to do the UKScrappers Weekly Challenge.  Me and Maddie are having a lazy Sunday watching all four Lethal Weapon films....once we've finished the Ocean films!  Plenty of time for scrapping today then! x
Posted by Jo at 13:12

Ugh, not good that you had to sit on the motorway for 3 hours. Lucky you had all that stash to stroke! LOL Love all the LOs, they look great! And Paul did a very good job on his first ever LO!

Well who would moan at poor you :P Oh my word though, when you do a blog post, you sure do a post :) .. LOVING the layouts and Paul did really really well (WELL DONE PAUL)

Loving all your other LO as well.. :)
Thanks for joining us over at Twisted Sketches. :)